He was a guest when the club held a 40th anniversary dinner for the World Cup win, Alan Ball and Sir Jim were also there.

There was an embarrassingly bad comedian booked who bombed and Jack was the next speaker. I think he was getting heckled and threatened the audience to "shut up or I'll bring that bloody comedian back"

A giant of the game in many ways. love the pic of him on the pitch smoking a fag. Seem to remember we had a few who smoked back in the day.

Yes a tower of strength for Leeds and England and an extremely successful Irish manager.

I seem to remember he said he kept the names of certain players in a little black book for future retribution.

Had the pleasure of meeting Jackie when he came to our club ,North shore utd in NZ ,dot think he was too impressed with the football on show and kept asking where the best place to go fishing was .Great footballer and great guy,R.I.P,

To a generation of Irish people, Ireland reaching the 1990 World Cup was the time the nation arrived on the world stage. And provided a huge boost to a nation that was struggling. As a Irish writer said today “ at a time when Ireland was dominated by unemployment, emigration, a heroin epidemic and the Troubles, Jack Charlton was the man who showed me things didn’t have to be Shiite”. World Cup legend and Irish legend. Thanks Jack and RIP

Shame as he was a great character RIP

One of my favourites,used to havd a Leeds kit with 5 on the back. RIP.
K

Mikeleeds said:
RIP jack,lost me mum this week so she’s in good company,been a Leeds lass just did have an affinity with em but she did come & see Seasiders with me on odd occasion.
Click to expand...

Sorry for your loss

Not many players these days would get a picture on every national paper the day after they died. 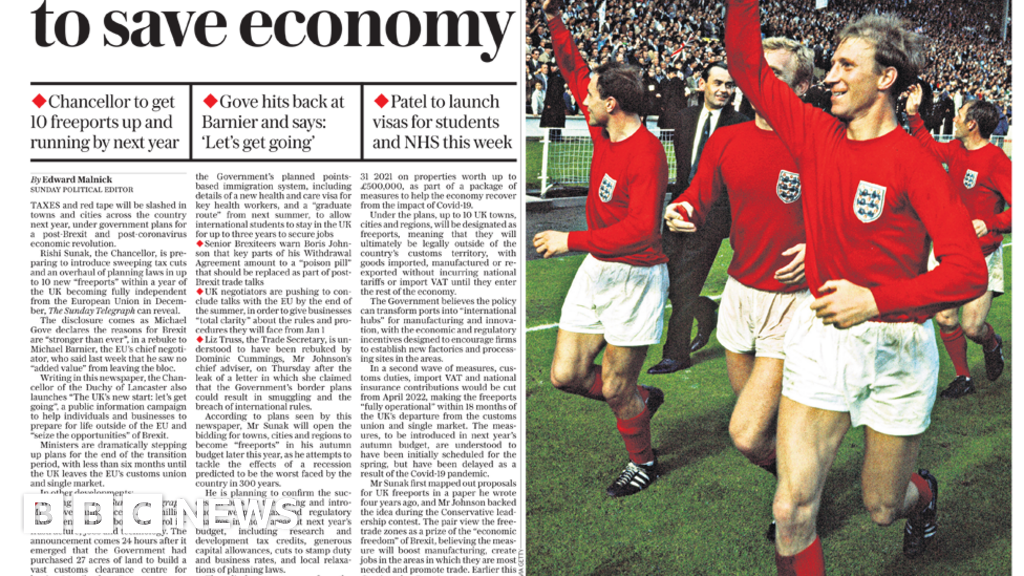 The papers remember Jack Charlton and areas most at risk of local lockdowns in England are revealed.

He'll always be Jackie Charlton to me. I'll never forget when Chelsea beat Leeds 2-1 in the replayed 1970
FA Cup Final. A story came out shortly after that he had a little black book with a few names in that if he ever played against them again he was "going to have 'em."
I'd love to know which players were mentioned in it, but I bet Peter Osgood was first named for a nudge in the back which led to Jackie Charlton heading the ball on for David Webb to score the winner.

RIP Jackie. You can renew your career and rivalry up there with Ray Charnley and John Craven, who both scored against you down here at Bloomfield Road.

That is a lovely tribute from Paul mc Grath have read his biography boy he had demons.
Every credit.