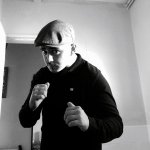 To many, will be remembered as Rocky64 - still often think about him.

Liam was a good lad at heart but like many had his Demons.

Liam was a similar age to me and when I first met him as a teenager he was a lovely likeable teenager, his passion for Blackpool can never be doubted and did some great work in his younger years on his website, Tangerine Planet I think it was called. He even managed to get Karl Oyston to like him.

Unfortunately as he got older he wasn’t always an angel but for his life to end in the tragic way it did at such a young age is incredibly sad and I wish it never came to that and I too often think about him as had many happy memories with Liam and Blackpool FC.